MGTOWs and INCELs: Why are they flourishing? 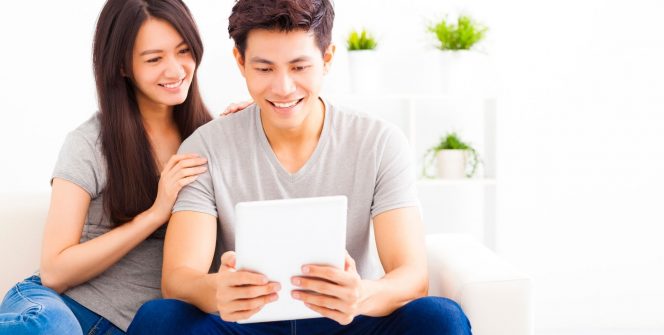 Dating is a very complicated, very messy process for a lot of people. On one end, there is the initial excitement of the first date, flowers, bottle of wine, dinner out, maybe a movie.  If the chemistry is right, this settles into quiet evenings at home with a home-cooked meal, some PlayCroco Aussie Casino fun together, and rom-coms on the laptop while snuggling on the sofa together.

On the other end, the dating scene can be full of abuse, “accidents,” toxicity, possessiveness, and plain old jerks. Unfortunately, both sides of this dating coin have been part of the dating and relationship experience for hundreds of years.

How come, then, does there seem to be a growing divide between men and women? Why does the institute of marriage seem to be losing traction, while hook-up culture thrives and divorce rates skyrocket? And if hook-up culture of prevalent in modern society, why do groups like MGTOW and INCELs have any membership at all?

What are these acronyms?

Both MGTOW and INCELs are male-oriented groups that appeal to the same issues, although from different angles. If you were to believe the mainstream media, these two groups are disgusting hives of toxic, white masculinity that are on the verge of snapping like Joaquin Phoenix’s “Joker.”

MGTOW stands for Men Going Their Own Way, and members of this movement have decided to forsake women entirely, for one reason or another. Some believe that women just don’t bring enough to the table to be worth the cost, and others have had relationships go sour.

Regardless of an individual members’ specific reason, the general consensus is that women aren’t worth the effort- Women’s expectations are too high, and things like divorce-court are stacked against men. Until women get their act together, MGTOW members voluntarily become celibate, essentially. This group got a bad rap for promoting “toxic masculinity.”

In contrast, INCELs are men who see the same problems, but from the bottom of the barrel-up. INCEL stands for “Involuntarily Celibate,” and its members believe that, for whatever reason, the cards they have been dealt make it impossible for them to be appealing to women. They’re too ugly, too poor, too short, too hairy – there’s a multitude of possible reasons.

Whether any of that is true, I can’t say, since most of what I’ve read about INCEL’s comes from, understandably, anonymous forums. However, that is how these men perceive themselves, and they’re mostly just lonely and depressed because they feel that there is no place for ugly or subpar men in society, regardless of how empathetic or kind they try to be.

When Joaquin Phoenix’s “Joker” was released, the media went into a frenzied panic that people would imitate the insane clone and massacre people at movie theaters. Ironically, there was more violence in the theaters during the release of “Frozen 2” than “Joker,” which just goes to show how little the media understands about anything.

Do these groups satisfactorily justify their arguments? In other words, are there legitimate reasons for their perspectives, and how they’re responding to them? I would say yes and no.

I disagree with MGTOW because I don’t believe it’s worth forsaking all women. I think women just have to broaden their standards, and men have to work out what is actually desirable in a woman. It almost seems silly to write this, but us men should be looking for more than just a hot bod.

As for INCELs, I think a majority of their concerns come from a well of self-doubt and a lack of confidence. Then, when they join a group like INCEL, it almost becomes a self-fulfilling prophecy. These men believe that they’re unappealing to women, they enter a group like INCEL and declare themselves to be unappealing, and then they spiral downwards in a positive-feedback loop. Confidence is hugely appealing, and its absence can knock a ten down to a one.

That being said, both of these groups exist because of very real, very legitimate critiques of modern society and dating. Dating apps are basically worthless for the average man. An average male gets very few matches, and if he does, women don’t always follow up. The ones that are left are the, ahem, “less desirable” women, to put it nicely. Meanwhile, women can get thousands of messages and matches every day and have the power to pick and choose between desirable men.

This is indicative of a much broader social hierarchy. No, not like India’s caste system, but an unspoken dominance hierarchy of status and desirability. Studies have shown that women want to date up the hierarchy, meaning someone who is higher in social standing (looks/wealth) than themselves. I mean, come one, if you had the opportunity to date a handsome millionaire, you’d probably take it, right?

What we’re seeing is a lurch in society, where women have higher expectations, and the “alpha males” have more reach than ever (which is excellent for the alpha males – and terrible for everyone else, including women). Alpha men get access to loads of women to fool around with, but the women don’t end up with a husband at the end. They’re just set aside for someone else. Then, if these women try a relationship with an average guy, how can he possibly compete with what had come before?

Now, I don’t say any of this as an indictment of women, far from it. As I previously wrote, I don’t agree with the worldview of INCELs and MGTOW. However, I do understand their reasons. They have a legitimate critique of a specific trend of women that are entitled and expect too much from the average guy.

Now, is there a solution? I think so, and I believe it lies along more religious, traditional values. I think if both parties of a relationship approach even the concept of relationships with more meaning and sanctity, a lot of these relationships will hold up much better. For INCELs, I think if they worked at themselves from a spiritual angle, they might just find out something surprising about themselves they never knew was in them- something that may even appeal to the ladies.

Or maybe I’m a hopeless, traditional idealist who doesn’t know what he’s talking about and should let smarter people figure this stuff out.